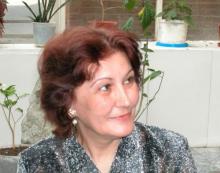 1. Based on the results of a long-term biostratigraphic study of the Jurassic sediments of the South Sikhote-Alin and the Lower Amur Region using a modified radiolaria scale, the position of the identified biostratons relative to the units of the standard scale was established and wide interregional correlations were made. When developing the indicated scale for direct (by joint finding) or mediated (by position between the macro-faunistically characterized layers) age control, reference radiolarian complexes from terrigenous sediments of the margin suite (South Sikhote-Alin) were used, which were obtained by the author from joint findings with Early Jurassic (Late Plinsbach) ) with ammonites or, at separate levels of the Middle Jurassic part of the section of the suite, with bivalves. In biostratigraphic constructions, a concept similar to the concept of the biochronostratigraphic Method of Unitary Associations was applied. But, unlike the principles of this Method, only those boundaries were selected for distinguishing biostratons that marked noticeable changes in the taxonomic composition of radiolarians and the presence of pairs of species that actually combine taxa having the latest occurrences in the previous zonal association with those that first appear in the subsequent .

2. The application of radiolaria analysis methods within the framework of the GDP-200 program conducted by Khabarovskgeology made it possible to contribute to the substantiation of a fundamentally new stratigraphic separation of sedimentary formations in the Lower Amur Region. Substantially much wider than previously believed, the distribution of Mesozoic and, especially, Jurassic sedimentary formations in the Lower Amur region in the river basins Cupid, Amgun, Nilan, Kerb. The presence of exclusively Mesozoic radiolarian complexes in sediments that previously belonged to the Early Carboniferous (Krestovskaya Formation), Early Permian (Utanak Formation and Nilanokan Formation), Late Permian (Yam-Makitsky Formation and Bolyunuy Formation) was found, while the Paleozoic microfauna was not found in them. Numerous complexes of Jurassic radiolarians have been established in sediments that previously belonged to the Early Carboniferous and Early Permian. In developing the legends and preparing for the publication of geological maps on a scale of 1: 200,000, these data formed the basis for a radical revision of the regional stratigraphic scheme and the tectonic zoning scheme, as well as the history of the geological development of the Lower Amur Region. In addition, a comparative analysis of the taxonomic composition of the complexes of the Early and Middle Jurassic radiolarians of the South Sikhote-Alin and Lower Amur Region showed the absence of significant diachronicity in the distribution of the leading species of radiolarians between the western and eastern regions of Tethys and the Pacific region in the Jurassic.

3. As a result of tectonostratigraphic studies aimed at establishing the stratigraphic position of the newly discovered chaotic formations of the section of the Volchy Vorota tract in the series of olistostromic horizons of fossil accretion crowding zones, distributed in the Sikhote-Alin section of the eastern margin of Asia, based on new data from radiolarian analysis and revision of outdated datings, for direct comparisons of the outcrops of chaotic formations of the Samarka accretionary prism that are territorially separated in South Sikhote-Alin, corresponding to the Late Bajoic - EarlyBatian stage of its development.

1. The Magellan Mountains. The Magellan Mountains region is part of the economic interests of our country in connection with the prospect of mining from iron-manganese crusts. In March 2015, by the decision of the MOD (Seabed Commission) under the auspices of the United Nations, the Russian Federation received the exclusive right to conduct exploration work for 15 years in the western region of the Magellanic Mountains as the country that made the largest scientific contribution to the study of this region.

In the framework of geological and geophysical studies of the Magellan Mountains region, the study was made of the first isolated Cretaceous radiolarian complexes from the collections of numerous (2004-2014) expeditions of the Federal State-Funded Scientific Center “Yuzhmorgeologiya” (Gelendzhik), which made it possible to supplement and refine the complex of paleontological data to justify age and stratigraphic partitioning of the sedimentary cover sedimentary cover of the undersea Magellanic Mountains (Pacific Ocean), conducting wide interregional correlations, and developing paleo-oceanographic reconstructions of the research area. With the use of radiolaria analysis methods, the inverse problem was first solved for the identification of traces of the global Mid-Cenomanian event (MCE) in clay deposits of the Magellanic Mountains, which plays the role of a supra-regional marker, being a turning point (bifurcation point) in the oceanographic evolution of the second half of the “middle” Cretaceous and a prelude to the global Cenoman - Turonian Ocean Anoxic Event (OAE-2).

2. The gutter of Volcano. Biostratigraphic studies using radiolarian analysis methods based on our own data and analysis of the precursors' materials on the siliceous-carbonate formation of the northeast border of the Philippine Sea not only clarified the age limits of sediments of this formation proposed by the predecessors to the Valanginian - Cenomanian interval, but also distinguished and traced on the island and oceanic the slopes of the Volcano trench, as well as on the island slope in the area of ​​the southern circuit of the Izu-Bonin trench, layers with late barrem radiolaria - the early Aptian of Hiscocapsa asseni - Pantanellium squinaboli squinaboli. The proximity of the characteristic association of radiolarians of these layers to low latitude associations of radiolarians from land sections of the Late Barrem - an early Aptian not only of the West (Mediterranean region), but also of East Tethys (namely, from the siliceous deposits of the Dazhuqu terrane distributed along the seam zone Yearlong - Tsangpo in the South Tibet), as well as to complexes of the same stratigraphic level from siliceous-carbonate sediments of the Nadezhda Basin in the Pacific Ocean (Leg. 185, Site 1149,). The results obtained allowed us to conclude that in the Early Cretaceous, the research area had wide paleo-oceanological ties both with the Tethys Ocean and with the adjacent territories of the Pacific Ocean.

3. The Vityaz Ridge. As a result of biostratigraphic studies in the framework of the project “Study of the structure of the central part of the Kuril-Kamchatka island arc as a possible hotbed of a catastrophic tsunamigenic earthquake”, the presence of volcanic-siliceous deposits of the late Cretaceous-very early Early Paleocene (Late Campanian-Dates) as part of the pre-Cenozoic foundation of the Vityaz submarine ridge, which was a contribution to a fundamental change in the previous idea of ​​the Vityaz ridge as a non-volcanic arc.

Radiolaria analysis is an internationally recognized promising scientific area, as the effective use of its potential is a key to understanding the complex history and reconstructing the evolution of the world ocean floor. Radiolarias that inhabited the water column of the world ocean over the past 500 million years are the most diverse and well-preserved microfossils that can confirm the age of important events in the ancient ocean and be biostratigraphic markers for both local and interregional correlations.

Besides, radiolaria analysis data is widely used throughout the world for stratigraphic, paleogeographic, paleooceanological constructions and in the development of tectonic models, since the sedimentary cover that had formed in the oceans in the past is widespread both in the modern oceans and on the continents.

Application of radiolaria analysis methods to specific sections of sedimentary strata allows to: