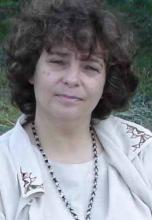 I. Basing on satellite altimetry measurements, regularities of the variability of sea level, water circulation, and energy of synoptic processes in the Sea of Japan were identified and statistically substantiated:

II. According to daily fields based on satellite, r/v and buoy data, large-scale variability in surface temperature of the Sea of Japan, associated with changes in water circulation and consistent with sea level variability, was revealed.

III. According to satellite scatterometry data for 1999-2009, the six – month variability of wind shear stress vorticity over the Sea of Japan was revealed: cyclonic vorticity prevails in winter and late summer, and anticyclonic vorticity prevails in autumn and late winter – early spring. On the basis of multidimensional data analysis, regularities of seasonal variations in the winds over the Sea of Japan were based: predominant during the winter monsoon North-West wind is replaced by the average Western and South-Western winds with the change of the monsoon in the spring, South and South-East winds in mid-summer and again North-West wind by mid-autumn, although, during periods of summer monsoon and the change of the monsoon, abrupt intraseasonal changes (on the scales more than atmospheric synoptic) of the wind direction that interrupts the average annual course.

IV. Based on the numerical multi-layer hydrodynamic model, developed By N. B. Shapiro and E. N. Mikhailova, Marine Hydrophysical Institute of RAS, significant features of the water circulation in the Sea of Japan were identified: